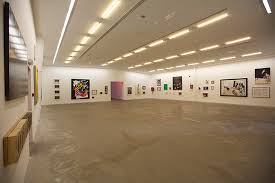 Where would popular culture be today without the expressions of music and the creations of art forms. Whether it is high culture or popular culture, the creations by Jamaicans are mostly done by the black majority, those of a black ilk , the sons and daughters of long gone slaves. But who control the wealth of creations? Who dominate and steer even the lives of these artists? Who appropriate the work of the finest Jamaican artists? It is not the masses, it is not the average man, it is not the ‘peole” Control by aminority with given consent by various stratified groups or by the majority in a nation is called hegemony. This descriptive reference is not uncommon to fine art. Hegemony by a minority in this island and that is the damning truth. This is the paradox, the dilemma and the fallacy of the 50th anniversary of independence with regards to our visual arts.

To list the most established artists churning out the most expressive, aesthetically accepted art forms and works consumed by Jamaican we can think of Albert Huie, Alexander Cooper, Barington Watson, Phillip Supersdad, Ralph Campbell , Eic Cadien, Kapo, Milton George, Hopeton Fletcher, Judy MacMillan, Petrona Morrison, Hope Brooks, , Vilya Thomas, Gene Pearson , Ma Lou, Stafford Schieffler, Sameer Tansley, Cecil Baugh and Lutolo McKonzi
Unlike popular music and other forms of popular culture our fine art rests as investment mostly in middle class space. The overwhelming majority of Jamaicanns do not have or consumed the fine arts. Galleries in spaces where there are obvioius tension or antagonism towards the masses; they are located in negotiated spaces.
Currently, the masses can only enjoy and consume street art because these forms are present where they are not influenced by capital or commissioned . They are in public spaces , freely painted at no cost to the people. However, one does not have to feel left out. There are beautiful murals around town communicating various messages but also confirming identity and resisting elements of the status quo

Tags: "art in jamaica"
« Back to posts