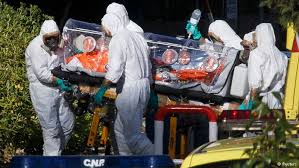 Since recently countries have been taking the necessary precautions to disallow people with the virus or persons traveling from parts of Africa from entering their territory. This virus has been around since the 70's but recently has started to spread throughout the Africa Region. The current outbreak in west Africa, (first cases notified in March 2014), is the largest and most complex Ebola outbreak since the Ebola virus was first discovered in 1976. There have been more cases and deaths in this outbreak than all others combined. It has also spread between countries starting in Guinea then spreading across land borders to Sierra Leone and Liberia, by air (1 traveller only) to Nigeria, and by land (1 traveller) to Senegal.

Here are some Facts about the Ebola Virus