Posted by The New N Used Link on Monday, October 7, 2013 Under: People 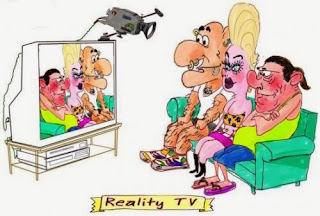 Reality television is a genre of television programming that documents unscripted situations and actual occurrences, and often features a previously-unknown cast. The genre often highlights personal drama and conflict to a much greater extent than other unscripted television such as documentary shows. In competition-based reality shows, a notable subset, there are other common elements such as one participant being eliminated per episode, a panel of judges, and the concept of immunity from elimination. The list of reality TV shows on our screens is endless. But do they contribute anything to our culture? Or are they mindless drivel that corrupt youngsters?

All the Yes points