Posted by Winston Donald on Thursday, June 5, 2014 Under: Jamaica 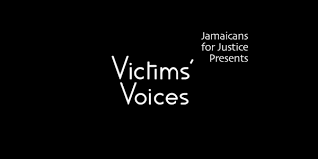 Jamaicans For Justice- A True Patriotic Organization Despite Its Images.
By Winston Donald
In an interview with Kay Osbourne, Executive Director of Jamaicans For Justice, she recognized that two images of her organization pronounced in the Jamaican space are anti-police and hegemony by white and brown-skinned wealthy or /and middle class Jamaicans. I must say her response was a lucid and brilliantly answered.
Her recognition of these  two  prominent images are certainly legitimate and profound. As one who have worked in services organization demanding a significant relationship with all classes of persons , I must say that most policemen who I know either as friends, acquaintances or customers see and believe the JFJ as anti –police. But this is whee I differ from these cops or security officers who I know.
The abuse of police of working class people , the volume of extra judicial killings are no fable or myths. I myself have from high  school days experienced police abuse. In fact coming from a Wolmer’s graduation in the late 70’s , the driver of a brand new Subaru who gave us a ride on those then lonely roads to Edgewater was nearly riddled with bullets by police who insist the Young Salesman from T Geddes Grant was driving a stolen vehicle. It was only a miracle that saved us that night as we would have experienced death and ask questions after.
I myself having gone to a dance in a Portmore Community was detained and taken to No Man’s land , Bay Farm Road , an alien political turf to the one I was visiting , only because the police on supporting the then potential winner of the 1980 General election  falsely accused the dance revelers as supporters of the PNP.   I also as one who is from the bosoms of the people have known of persons gun down by the police and whose death were said to be as a result of a police shoot out. Of course I could go on to state incidents , but as Jamaicans say , “a nuh everything mouth mek fi say.”
For years police brutality and murders was a common strand in the culture of marginalized and working class citizens . It was therefore timely that conscious Jamaicans despite their class background sought to stand up for the rights and justice of those in the society who did not have the power derived from falling in the middle class or lighter hues.
So here comes the JFJ and our history especially that since the 1830’s that it is not our black Jamaicans who are at the mainstream of justice. Back track to our history and all Jamaicans know of the effort of George William Gordon,  Missionaries Thomas  James Philipo, Thomas Burchell,  Thomas Clarkson and in our recent history  Hugh Hart, Norman Manley, Edward Seaga, Michael Manley  fighting on behalf of the poor. The skin pigment of later days fighters should not be an issue although we really acknowledged it is legitimately a touchy issue.
Personally, I believe the lighter Jamaicans are empowered with education and income and having these powerful tools find it easier to lead than many of us deprived by  colonialisation and post colonialisation. Therefore, if in their conscious and having certain power relations, then nothing is wrong to dialogue and work on behalf of the majority of us who are at the bottom of the social ladder abused by the state security machinery which devolve itself of protection and secure.
It is time however for Jamaicans for Justice ,inspite of the tremendous work on behalf of those suffereing at the hands of the police, to correct the image of class hegemony in its leadership.
It does not matter how great your organization is, how great the work you have done, how much you have assisted your unfortunate neighbor if bad or perceived  negative images are perceived , then it will not augur well for your history. And , one cannot blame the masses for perception as perception is not abstract there is always meaning made from perceptions. In other words it is  like examining what makes or define culture.

Tags: "jamaicans for justice"
« Back to posts