Posted by The New N Used Link Team on Thursday, March 21, 2013 Under: Business 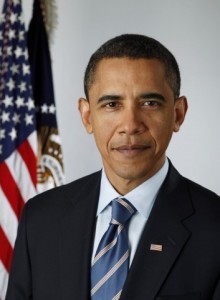 One of the biggest questions people ask about president Obama is how much is his salary? When you compare the President's salary to movie stars, directors and musicians its way off. Barack Obama is the author of two bestsellers, which is where he makes most of his money. According to Barack and Michelle Obama's joint tax return in 2008, the couple earned $2.65 million dollars that year. But how much does the President make a year to lead the USA?

President Barack Obama earns a base salary of $400,000 per year. He is also given a few nice bonuses like an annual expense account, a travel account and an entertainment stipend. These fringe benefits bring the President's total salary to over $550,000 each year. Has the president always been paid so little, considering the weight and responsibility of the job?  back in the late 1700s, when America was young, the president's annual salary was $25,000.  If you adjust $25,000 for inflation, that figure translates to about $560,000, which is approximately Obama's salary including the perks.  By contrast, President Richard Nixon's salary in 1969 was $200,000, which is a little over $1 million dollars in today dollars.  He may have claimed not to be a crook, but in presidential salary terms, he was a hustler.  Still, that's nothing compared to President Theodore Roosevelt.  The first Roosevelt earned a salary of $75,000 per year in modern bucks, that's $1.7 million dollars. Comparing President Obama's net worth to other living presidents. Obama has a net worth of $11.8 million dollars. Former president George H. W. Bush is worth $15 million and his son George W. Bush is worth almost twice that amount at $26 mil. However, none of them are in the league of Bill Clinton, who is worth $80 million dollars! Al Gore has a net worth of $100 million! Gore's Global Warming documentary An Inconvenient Truth and television net work Current TV made him a hot property.

Barack Obama is however young. He has many years to write more books, serve on the advisory boards for corporations and accept lucrative speaking engagements so we'll see in the near future.