Solar energy and some of its uses

Posted by The New N Used Link Team on Friday, April 11, 2014 Under: Technology 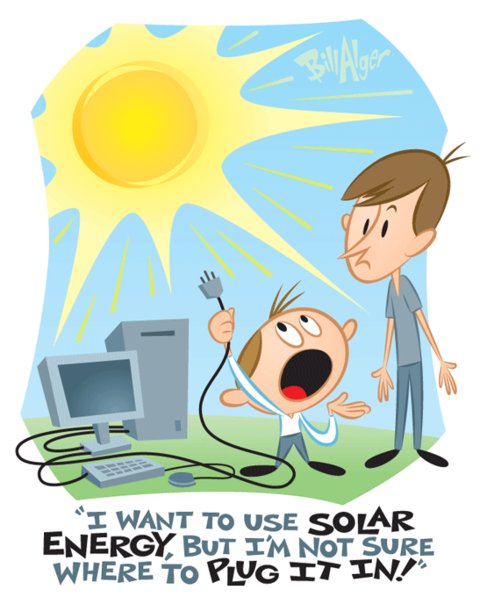 The use of solar energy is getting very popular in most countries due to huge longer-term benefits, which includes increasing countries’ energy security through reliance on an indigenous, inexhaustible and mostly import-independent resource, enhance sustainability, reduce pollution, lower the costs of mitigating climate change, and keep fossil fuel prices lower than otherwise.

Solar energy or heat from the sun is harnessed using a range of ever-evolving technologies such as solar heating, solar photovoltaics, solar thermal electricity, solar architecture and artificial photosynthesis. Solar technologies are broadly characterized as either passive solar or active solar depending on the way they capture, convert and distribute solar energy. Active solar techniques include the use of photovoltaic panels and solar thermal collectors to harness the energy. Passive solar techniques include orienting a building to the Sun, selecting materials with favorable thermal mass or light dispersing properties, and designing spaces that naturally circulate air.

Sunlight has influenced building design since the beginning of architectural history.

The common features of passive solar architecture are orientation relative to the Sun, compact proportion (a low surface area to volume ratio), selective shading (overhangs) and thermal mass. When these features are tailored to the local climate and environment they can produce well-lit spaces that stay in a comfortable temperature range. Socrates' Megaron House is a classic example of passive solar design. The most recent approaches to solar design use computer modeling tying together solar lighting, heating and ventilation systems in an integrated solar design package. Active solar equipment such as pumps, fans and switchable windows can complement passive design and improve system performance.

Agriculture and horticulture seek to optimize the capture of solar energy in order to optimize the productivity of plants. Techniques such as timed planting cycles, tailored row orientation, staggered heights between rows and the mixing of plant varieties can improve crop yields. While sunlight is generally considered a plentiful resource, the exceptions highlight the importance of solar energy to agriculture. During the short growing seasons of the Little Ice Age, French and English farmers employed fruit walls to maximize the collection of solar energy. These walls acted as thermal masses and accelerated ripening by keeping plants warm. Early fruit walls were built perpendicular to the ground and facing south, but over time, sloping walls were developed to make better use of sunlight. Greenhouses convert solar light to heat, enabling year-round production and the growth (in enclosed environments) of specialty crops and other plants not naturally suited to the local climate. Primitive greenhouses were first used during Roman times to produce cucumbers year-round for the Roman emperor Tiberius. The first modern greenhouses were built in Europe in the 16th century to keep exotic plants brought back from explorations abroad. Greenhouses remain an important part of horticulture today, and plastic transparent materials have also been used to similar effect in polytunnels and row covers.

Development of a solar-powered car has been an engineering goal since the 1980s.

Some vehicles use solar panels for auxiliary power, such as for air conditioning, to keep the interior cool, thus reducing fuel consumption. In 1975, the first practical solar boat was constructed in England. By 1995, passenger boats incorporating PV panels began appearing and are now used extensively. In 1980, the Gossamer Penguin made the first piloted flights powered solely by photovoltaics. The Zephyr, developed by BAE Systems, is the latest in a line of record-breaking solar aircraft, making a 54-hour flight in 2007.

Solar thermal technologies can be used for water heating, space heating, space cooling and process heat generation. Solar hot water systems use sunlight to heat water. In low geographical latitudes (below 40 degrees) from 60 to 70% of the domestic hot water use with temperatures up to 60 °C can be provided by solar heating systems. The most common types of solar water heaters are evacuated tube collectors (44%) and glazed flat plate collectors (34%) generally used for domestic hot water; and unglazed plastic collectors (21%) used mainly to heat swimming pools.

Solar distillation can be used to make saline or brackish water potable.

Solar water disinfection (SODIS) involves exposing water-filled plastic polyethylene terephthalate (PET) bottles to sunlight for several hours. Exposure times vary depending on weather and climate from a minimum of six hours to two days during fully overcast conditions. It is recommended by the World Health Organization as a viable method for household water treatment and safe storage. Over two million people in developing countries use this method for their daily drinking water.

Solar energy may be used in a water stabilization pond to treat waste water without chemicals or electricity. A further environmental advantage is that algae grow in such ponds and consume carbon dioxide in photosynthesis, although algae may produce toxic chemicals that make the water unusable

Tags: "solar energy"
« Back to posts